For now PayPal Holdings Inc. numbers more than 188 million user accounts. Founded back in 1998, it became choice of over 90% of online merchants all over the world, who accepts payments only via PayPal Adaptive. So far user accounts in PayPal system are ensured by SafeWeb Insurance from unauthorised funds withdrawal for 100,000 US dollars.

Since its establishment the project almost immediately drew investors’ attentions. On that moment market had an urgent need in financial operator, that will assume the role of online bank and there was no similar project in the whole Internet area yet, therefore, PayPal intended to be a pioneer.

The system became fully operational in November 1999 and virtually at once managed to attract even more investors, since the swift growth of the Internet caused significant users inflow. Thus, in a very short time the amount of PayPal clients exceed a million and a half.

So far recognized as the ancestor of virtually any existing platform, in October 2002 PayPal was purchased by eBay for $1,5 billion and then it was announced the basic payment tool for eBay. Currently PayPal is the absolute and undeniable leader in field of electronic money transfers,none of its rivals managed even to come close in the number of users and amount of turnover.

What is PayPal Adaptive Payments?

So, Adaptive Payments provides third parties (who may be neither sellers nor buyers) with a single comprehensive framework in order to let them build comprehensive processing systems of just about any variety can be imagined – including transactions that involve multiple recipients. Let’s say, in addition to a simple payment in which a single sender sends funds to a single receiver, Adaptive Payments permits you to use the very same API to transfer money from a sender to several receivers with the help of what is known under the name of chained and parallel payments. Handling preapprovals, refunds, currency conversions, and other advanced scenarios are also possible through the provided set of APIs.

As you can see, it is hard to argue with the fact that PayPal Adaptive Payments APIs set was designed with the intention to meet the most common requirements such as possibility to create deeply customized scenarios – from the simplest ones to the most complicated, guest checkouts (credit card payments outside PayPal account) with few restrictions, and many others.

Setting up Adaptive Payments PayPal is not a big deal indeed. Although before you to choose which one is the most suitable for your project, make sure to do thorough-enough research and learn how to use PayPal Adaptive Payments, because despite all its numerous and indisputable merits, PayPal Adaptive also has some features, that may make you think hard about its implementation into your system. Let’s look at them in more details.

First of all, let’s learn some basic principles of Adaptive Payments, such as main roles of its users, types of payments within this set of API, what does it need to use this API set, and how it is supported by major e-commerce platforms.

And with regard to the kinds of payments within PayPal Adaptive – there are following ones: Simple, Parallel, and Chained Payments. Simple one allows to send funds from a sender to a single receiver: it is also considered to be a “traditional” payment. Parallel enables to send funds to multiple receivers, and chained one lets you to a primary receiver, which keeps the part of the bankroll and then transfer the remaining part to the secondary receivers.

The principle of how Adaptive Payments work lies in the next: you, as a business-owner, and, simultaneously, as an owner of the website, own an application, which calls Adaptive Payments API operations. It should be mentioned that you, as an application owner has to have a Business account approved by PayPal, whereas for senders and receivers may even don’t have any PayPal account, since it is possible to the senders to create an account right before a payment is completed. And a receiver, for its part, has to create an account to receive the bankroll after the money transfer is completed.

The matter is the all Adaptive Payments services are conditionally subdivided onto two types – standard and advanced. The one single difference between them is their availability: the thing is standard services are accessible for everyone, whereas advanced services require specific permission directly from PayPal to use it. You have to get permission to use any kind of this service when you submit an application to PayPal. With several applications you can be both the sender and the receiver.

In order to improve customer experience some most wide-spread e-commerce platforms have developed separate extensions. Magento offers Magento Marketplace PayPal Adaptive Payments extension, and for WooCommerce PayPal Adaptive Payments, in its turn, separate extension can be used (you can find it here). However it should be mentioned – you necessarily need to have an approved PayPal account to use it with Adaptive APIs set before purchasing any extension, otherwise it won’t work with the unapproved account.

And now it’s time to speak about some limitations of PayPal Adaptive Payments.

By default, virtually any funds transfer from sender to receiver is carried out instantly. However, PayPal Adaptive API set has been renowned for Delayed Chained Payments, main advantage of which lies in allowing primary receiver to keep part of the funds transferred in one’s hands and pay secondary receivers the remaining part. Delayed Chained Payment enable to hold funds during 89 days, and after a specified period the payment can’t completed as the part of the original chained bankroll transfer. This payment type is beloved by those who are occupied in long-time deliveries since its usage may serve as a peculiar fraud protection and allows to require some certain actions from the secondary receiver (e.g. wait for the moment return period has been expired or goods have been shipped to the customer).

And here we can meet the first one limitation: in case primary receiver needs to extend delay period (due to, let’s say, protracked shipping or anything else) there is absolutely no way to do it. Therefore, primary receiver is not at all protected from cheating and Delayed Payment implementation may cause serious vulnerability in the whole system.

Another serious drawback is an inadequacy of commission-fee system because of its ambiguity and opacity. Customers are used to be sure in everything when it comes to details, and while chained payment leverage it is pretty hard to predict who will pay the fee, how much it will be and consequently, it affects the price which can’t reflect its real cost.

There are three possible options in such a case:

In addition to the factors learned above, PayPal has pretty unclear politics of user terms and conditions. To say it more accurately, your business account and your funds may be freezed at any time for any reason. Sounds weird, we know, but it’s nothing but true: already many companies have been affected. Currently there is no unambiguous data on how long it may continue – some used claim their accounts were disabled for few hours, others said, their PayPal desactivation lasts for several months. Victim of such behaviour may be anyone and everyone – for example, in early 2011 well-known and reputable fundraiser Regresty website suffered from PayPal block since PayPal considered the amount of money being sent suspicious.

Taking into account all the above it is safe to say – PayPal Adaptive really has a lot to offer to their customers: while working hard over how to keep customers’ financial information secure, they also made interactions within PayPal very easy, and eventually, they works very fast. Being a powerful tool in the narrow application domain, its utilization is still limited by several factors such as user restrictions from PayPal, unclear commission fee, and absence of necessity in implementation in case of simple payments usage.

There can’t be any clear winner among systems in this competition since circumstances can differ a lot from project to project, and in case you have questions about perfect solutions for your business, PayPal Adaptive Payments integration, or you want to find Paypal Adaptive Payments Alternative products, you should turn to specialists. 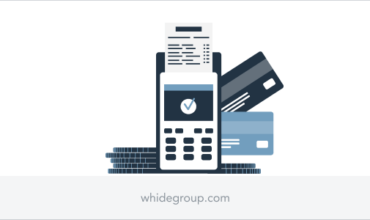